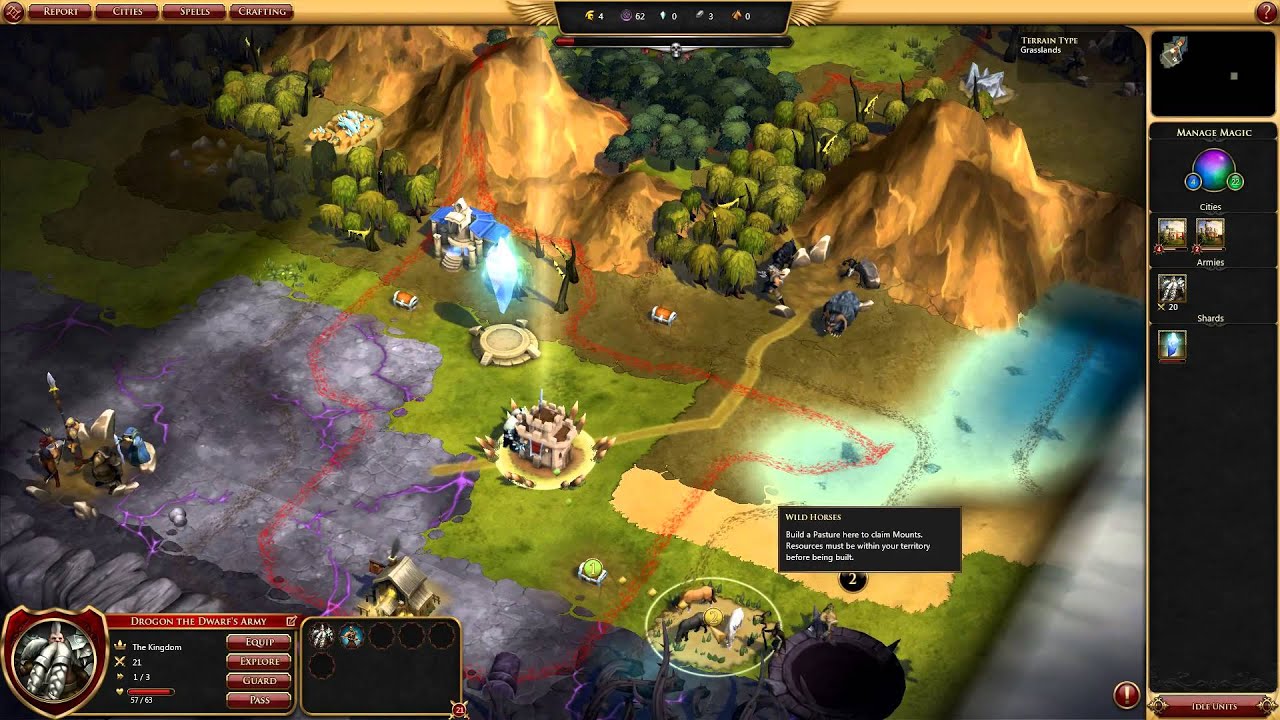 She suggests a private meeting between the two of them, near the city of Gemend. Tar-Thela tries to dissuade Tandis from going; she is convinced the meeting is a trap. Tandis brushes asides her concerns.

But Tar-Thela is right. The meeting is a trap; an epic confrontation between the Arnor ensues. It ends with the Lady Umber dead, and with Tandis vanished, apparently killed as well. Without his unifying presence, the great army of men breaks apart. Fully half those present turn back for home. Some engage the great host of Fallen Lady Umber had assembled; the fighting rages all through the summer and fall.

Deep within the planet, the energies of the being that were once Draginol are awakened by this release of power. This is not just a massive explosion, though it is that of course - Tar-Thela is slain.

Curgen is slain, Talax is driven mad — it is an extinction-level event. Cities, civilizations worldwide are laid waste. Ninety percent of all life is lost. All that survives of the continent of Korrel is a chain of islands. Sylt is reduced to a third of its former size. Anthys splits along the Capacean range, rendering the divide between east and west permanent. Mountains become volcanoes; the sky darkens; the sun disappears. Wildlife, forests, jungles, farmland turn from green to gray.

Life all but vanishes from the continent. Without food, people begin to starve. Within a span of weeks, civilization itself has broken down entirely. In the west, the great Athican empire crumbles. The streets of Coriopolis run red with blood from rioting, and blue with sea-water as aftershocks from the Cataclysm swallow the city near-entire. In the south, the great temple-complexes of Zabril crumble. In the east, the devastation — both natural and self-inflicted - is even worse. With their Titan masters gone, the Fallen turn on each other.

Wholesale slaughter ensues; in the chaos, the remnants of the vast host which attacked Imperium set out for the Western Continent, and a chance at new life. Among their number; Amarian the III, as well as his daughter and heir, eight-year old Procipinee, who is herself revealed now as a channeler of uncommon power. Mere days into their journey — soon to be known as the Eternal March — they are forced underground, into Calebethon, where they are forced to confront horrors near-unimaginable.

Channelers are mortal men who are born with the ability to sense and use the magical shards left from the age of the Titans. In the devastated interior of the Western continent, great caravans of roving barbarians arise to plunder the remnants of civilization.

In response, Walderon, the Duke of Ruvenna, last of the great merchant-Lords of Serrane, hires a group of mercenary soldiers to help defend his city. Amarian III perishes at the Henge.

The company parts; two months, and some two hundred miles to the north later, at a pristine, miraculously undamaged piece of coastline in the shadow of the Lesser Skarps, Procipinee founds the city of New Pariden, and declares herself Queen. Walderon orders the capture and training of slaves to supplement his army of mercenaries. Reestablishment of law in the city of Tan-takreet, at the northwest tip of Lake Zabril. The Drota — savage natives of the surrounding jungles — are driven out by forces led by members of the Miners Guild. Ezmir the Scribe founds the library at New Pariden; it contains a collection of rare manuscripts and artifacts brought on the Eternal March from the East, including items dating back to the days of the Empire of Hallas.

The founding of the port city of Calder. The miners guild extends their control to cities south along the shore of Lake Zabril. In Calder, the first Freedom Games are held. The great Arena is built in Calder to house the games, which are now conducted four times a year, to massive audiences. The Century, captained by Rand Markinn of the Miners Guild — a name that by now is a misnomer, as the guild encompasses not just miners but traders and merchants as well — reach the ruins of the city of Zad-Zabril, at the southern tip of lake Zabril.

There, they come across a scene out of nightmare. Hundreds of skeletons scattered across the city plazas; buildings stained with blood and gore nearly a century old. There is death-magic at work here; the new arrivals are split as to whether to turn back or continue south. Markinn returns a changed man; along with him, he brings a channeler — a woman called Sanjo — who is not only his lover, but his constant companion. Within the year, he has built himself a great estate on the outskirts of Tan-takreet. His wealth grows a dozen fold, as rivals to his interests either cede advantage to him or disappear — or die — mysteriously.


The leaders of Calder meet with Walderon III; they agree to a power-sharing arrangement, a revival of the Council of Lords that once ruled the traders of the Serrane Empire. He names his new country Capitar. Carrodus expands the boundaries of his Empire, by enslaving more and more of the local populace.

Lord Markinn announces his intention to dredge the Sulassi River, opening up a path for goods produced by the Miners Guild to reach the ancient port of Bantree, and the sea beyond. Death of Tarth. Irane, his daughter, seizes power. She is a masterful warrior; she is also a tactless, heartless ruler, who will come to be as despised by her people as her father was lionized.

Relias learns that the heirs of the Dread have consolidated power and begun to build new empires. Kraxis, the lone bastion of men in the East has allied itself with the Fallen Empire of Magnar.

The great rebellion; slaves led by Tarth rise up against their masters. The war lasts two long, bloody years: at the end of it, the slaves are granted their freedom, and territory south of the Gandru river to make their homes in.


Worthless swamp, in the eyes of most, though events will prove those who believe that wrong. In response, Relias founds his own kingdom, Altar. The invasion by the Fallen Enchantress is repulsed by the Kingdoms of the west and in particular by Relias who has reconstituted the Forge of the Overlord. Desperate to make use of the power of the Forge of the Overlord, Procipinee frees Relias.

Despite his freedom, neither of them are able to make use of its power. The Confederacy of the Three Kingdoms — a confederacy formed by the banding together of Gilden, Capitar, and Altar - is established. Procipinee is excluded. Magesta, her daughter, turns against her mother and leaves Pariden to join in the alliance against the Empire of Sorcery.

Procipinee senses the young channeler Mirdoth and his powerful weapon. Seeking retribution, she sends Mirdoth on a series of tasks to bring down her enemies including Relias and Ceresa. The Armies of the Empire of Sorcery are defeated in battle west of the Henge but the death of so many has made Ceresa incredibly powerful. Mirdoth, using the orb, slays Ceresa but in doing so the death magic within her is absorbed in the orb as well as Mirdoth.

A mysterious being, the Black Sorcerer begins destroying shards and absorbing them. Evil creatures begin rallying to him. The Black Sorcerer annihilates Gilden and Tarth. Remnants of the Fallen raises join his ranks. Of the dozens of shards that once covered the land, only a handful of shards remain.


Relias and Magesta, the last two surviving Channelers other than their son face off against the Sorcerer King.