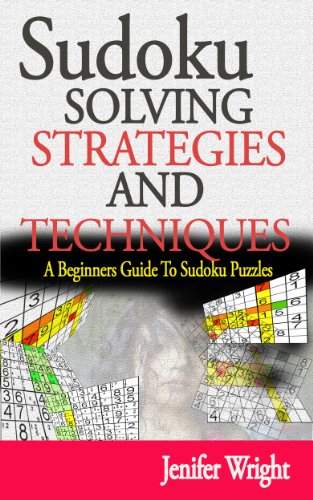 And although I have pointed out these instances of filling in cells very rapidly, I found them by slowly and methodically going through all the numbers in all of the 3x3 boxes. So far we have only been looking vertically. If we look at the lower left 3x3 box, we see that we still need to fill in the three. Now, looking at the bottom right 3x3 boxes the three is in the top row.

And looking at the bottom middle 3x3 box, we see the three in the bottom row, which we filled in when we started working this puzzle. A number we fill in is as valid to use as a clue as the starting, filled-in cells, unless of course a mistake was made. This means that the three in the lower left 3x3 box must be in the middle row, and furthermore in the only unfilled cell in the middle row. See Figure 6 to visually follow this. To this point we have just been looking in one direction when eliminating a potential cell. To take one step beyond this, look at the lower right cell again.

In one of the four empty cells we will need to place a two. Following along in Figure 7, we see that the two 3x3 boxes to the left contain twos, and these eliminate the possibility of placing the two in our target box in the top two rows well, the top row is already completely filled. This leaves two potential cells for the two in the bottom row. Next, look vertically and spot the two in the top right 3x3 box. This two eliminates the possibility of placing the two in one of the remaining cells in the lower 3x3 box, thus the two must be in the very lower right cell.

Sticking with the fours, look at Figure 9 to see how using clues in two directions can solve the problem for the four in the upper right 3x3 box. Then use this four to place the four in the 3x3 box directly below this only requires looking in one direction. Quickly, focusing on the lower right 3x3 box in Figure 10, note that there is only one possible location for the five and one possible location for the six.

Now that the lower right 3x3 box is filled in with all but one number, we can illustrate the second group of solving techniques in this lesson. If you have any trepidation, then fear not, these are even easier than what we covered previously. OK, looking at the lower right 3x3 box, there is one empty cell and one missing number. Needing one of every number in each 3x3 box, row and column, this cell must be filled with seven. Now, looking at the row second from the bottom see Figure 11 we see that it has only one empty cell, and one missing number, so we can fill the empty cell with eight to complete the row.

Staying with Figure 11, we can see that there is only one missing number and one empty cell in the column that is second from the right.

Sudoku:solving It for Beginners and the Expirienced

Thus this empty cell must be filled in with one. You scan rows and columns to eliminate where a specific number can be in a given region. As you can see there is only one legal place left for the 1 marked green. In counting you simply count all the different numbers that's in a row,column and region that connects to one cell. Take a look at the second picture and see if you can figure out the missing number in the green cell.

Analysis consists of two methods namely candidate elimination and the what if. I will not be showing the what if to you because i don't like it.

How to Solve Easy Sudoku Puzzles

It's slow progress and i don't like to erase that much. This method happens when a pair of numbers are the only possible answer to two cells. Take a look at the picture. I have concluded with the help of cross hatching that 7 and 8 can only be in two places in the lower left region i filled both in. The two cells which 7 and 8 can be in is in the same column, thus it cannot be elsewhere in the column.

There is two other blank cells in this column and the missing numbers is 9 and 3. We can see that 3 can not be in the 'middle' open cell. This means 3 is in the top cell marked green and 9 is in the 'middle' cell.

Candidate elimination can also be used with three number in three cells. That is why one must first scan before analyzing. I will try to find a better example. 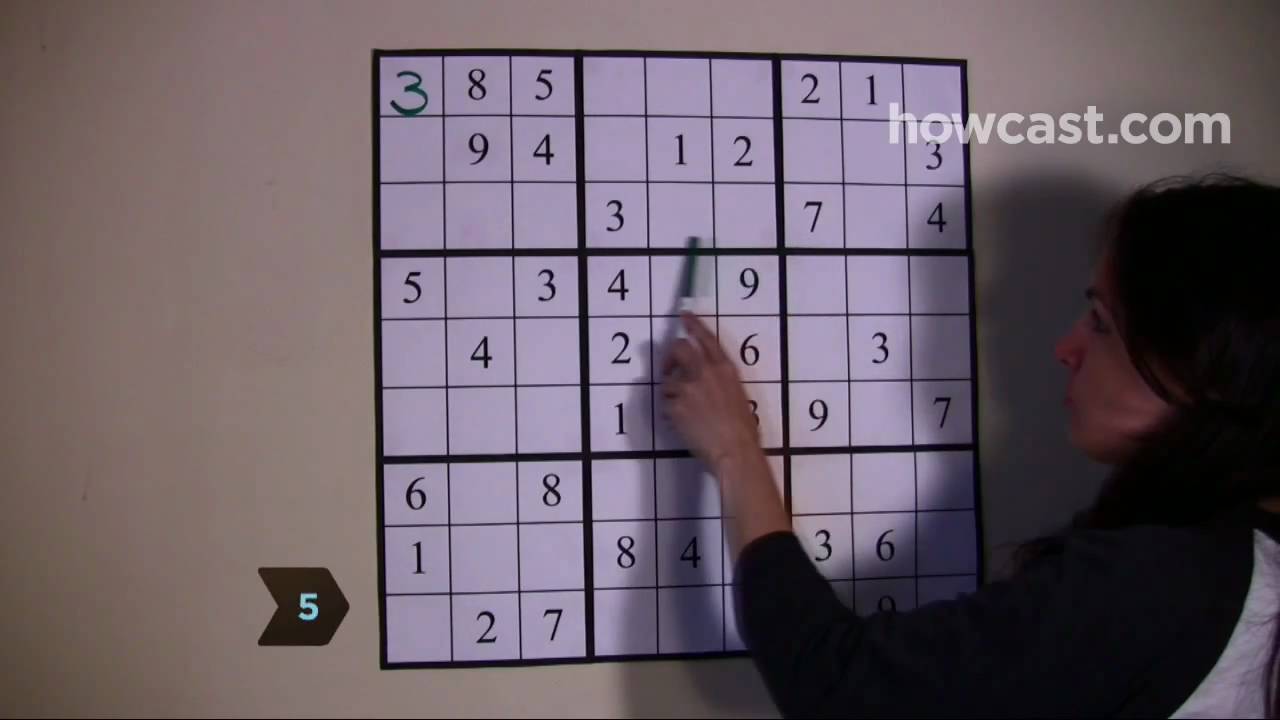 It works by removing candidates.

This means that 8 which is also in the two blue buddy blocks. If your not sure why check the next picture. It's called simple sudoku. The things i like about it is the hints and the show candidates feature. Reply 1 year ago. Question 1 year ago on Introduction. If you see the number that you want to place is already placed in a row or column or region that is not where it is suppose to be. You make complete sense but sometimes you can put more then one number in there in that case which one do you chose?

Reply 2 years ago. If you ever get stuck and need some help on a sudoku puzzle, visit Sudoku Beginner to get some help. Great instructable! For beginners with iPhones i recommend the Sudoku app from Pennypop. It makes sudoku so easy to learn, looks gorgeous, and it's totally free. Nice instructable! I was thinking about writing up something like this, but am about as far from a mathematician as one can get, so I never really got around to it.


I find that, with a minimum of WAG's Wild rsed Guess , I can usually plow through the hardest level of the Sudoku app on my Droid3 in about minutes. By Oorspronklikheid Follow. More by the author:. Did you make this project? Share it with us! I Made It! Lamps Class. ChuckC66 8 months ago on Step 7. Reply Upvote. RobM Question 1 year ago on Introduction. Answer Upvote. SamuelJ75 Question 1 year ago on Introduction.

WaruiN 2 years ago. It's simple. A number cannot repeat in any row or column or region.